We were rather anxious to leave Roswell as four days was more than enough time for us. We didn't know what to expect from our next stop, Las Cruces, but we were glad to be on our way. Shortly after lunch on Thursday we packed up and got started on our 3 hour trip west. Once our little RV made it up through the mountain pass (it had a hard time with the 7500 ft ascent) it was smooth sailing down the other side. From then on it was mostly a desert drive with not much to see or do. 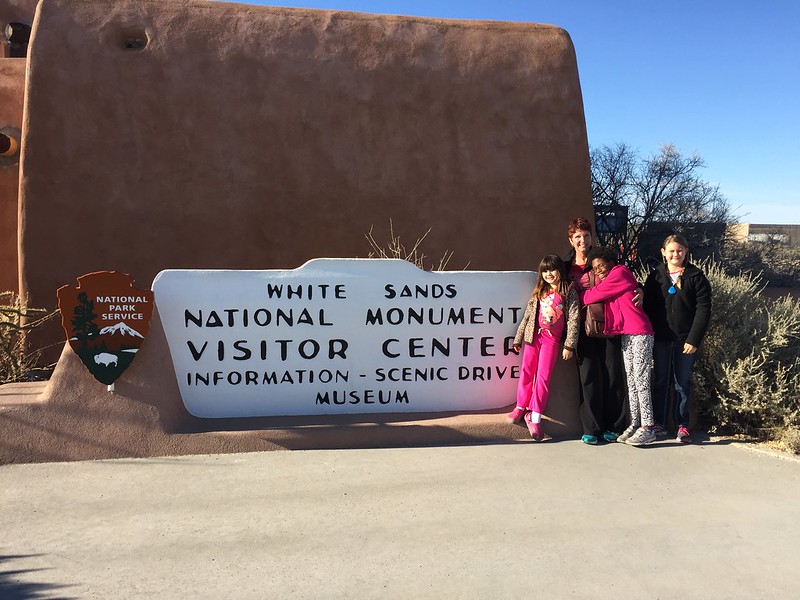 About an hour or so from Las Cruces we spotted the sign for White Sands National Monument and we quickly discussed stopping as we'd heard it was pretty cool. After a minute or two conversation about how we could possibly stop back and "do we really want to do this or push on to Las Cruces", we decided to pull over and take a look. After a quick chat with the cashier we were immediate glad that we did. She gave us the scoop that we could drive our RV out to the sand dunes and go sledding for a couple of hours until sunset. So we quickly bought a couple of saucer sleds and some snacks and hopped back into the RV and headed to the dunes. 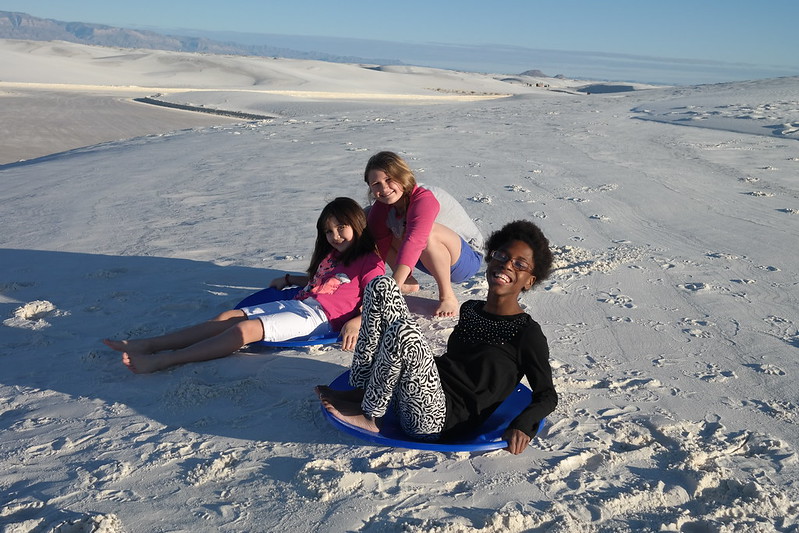 We parked the RV next to the dunes and frolicked around the hills for a couple of hours before they closed the park. The sun was out but the sand was quite cold so everyone went back for shoes. What a blast we had!! We were essentially the only ones there so it seemed like we owned the place. There are so many great photos and videos of our day there so definitely take a look below. Don't miss the one of me almost killing myself using my GoPro. Classic. We made a mental note to come back if we had the time. Such a blast!

After they kicked us out of the park we continued on our journey to Las Cruces and arrived around 7pm or so. The RV park was at the end of town near the highway and truck stops. Not the most inviting location but we've stayed at worse. We got some food in the girls and put them to bed.

Friday was, of course, a work and school day but afterwards we ventured out to scout out the town and run errands. We had to send back Hali's broken Chromebook, print off some paperwork for selling our house and pick up our tickets to a concert Cathy found online. The girls were starting to get hungry so we headed downtown for dinner. 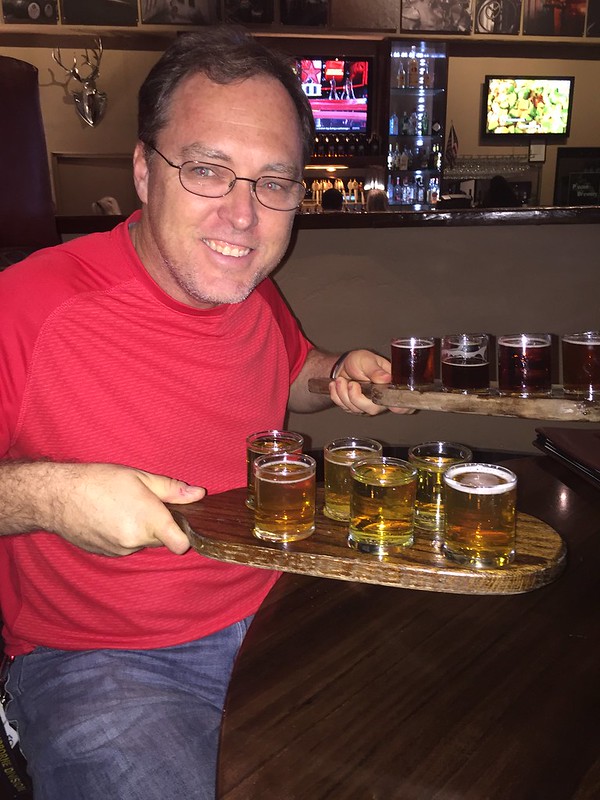 We quickly found out that restaurants were virtually non-existent in the center of town so I quickly hopped on Yelp and found the Pecan Grill and Brewery. BEST. SPOT. IN TOWN. Great food and their pecan ale was outstanding!! Afterwards we stopped at Best Buy for a new TV and mount for the RV and then Game Stop for gift cards for Valentine's Day. Unfortunately the TV and mount didn't work and I ended up taking it back that night after the girls went to bed. 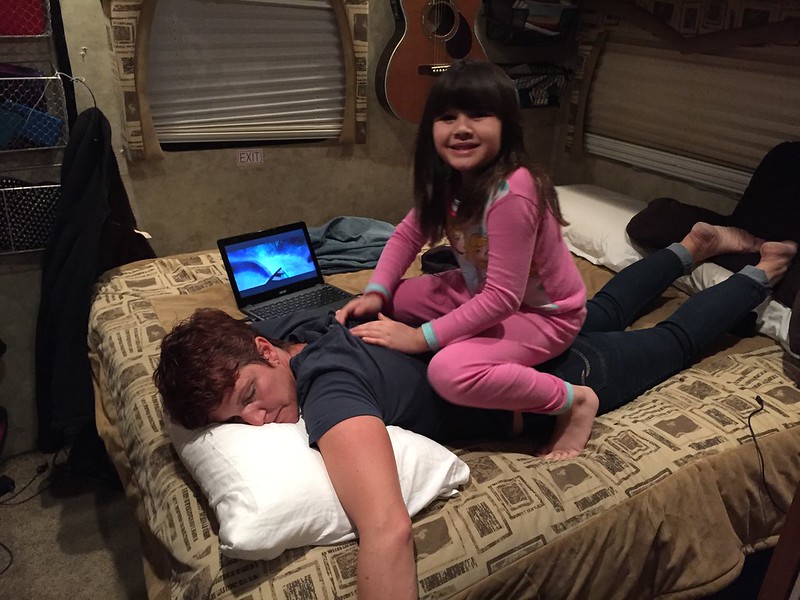 Saturday was Valentine's Day and we got cards from Lexi and Hali with lots of massage coupons. Kira played on her DS but did give us a hug. It was a beautiful day so Cathy decided we should spend it outside (thanks Mom!!) and she'd made a full day of plans for us. 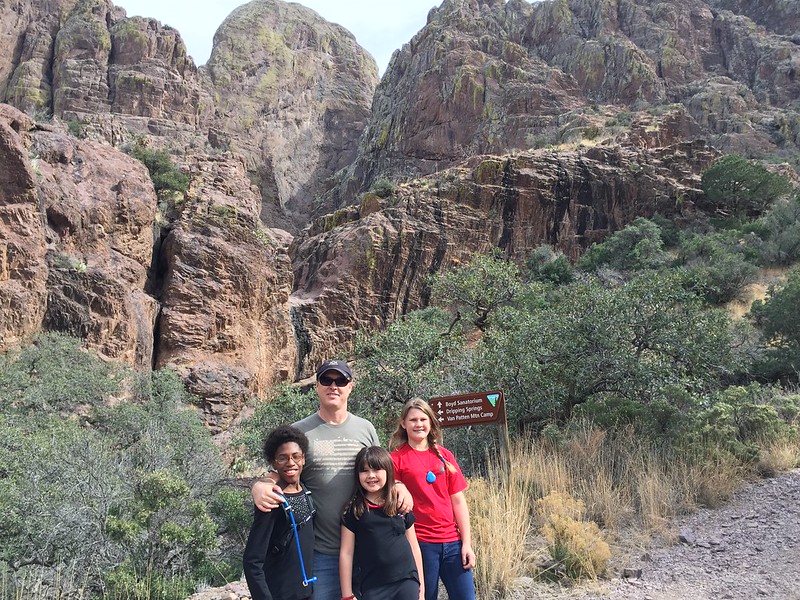 We packed up the Jeep and headed to Dripping Springs Natural Area just outside of town for a nice 2-3 hour hike. We packed plenty of water but no snacks. Fortunately we met a young college couple at the top that offered the girls crackers as we talked about our trip and their future study abroad plans.

We had plans to attend the Josh Grider concert downtown so we thought we'd scout the location out and have a snack before the concert. The Main St. Bistro was closed for a private party that day and so we went in search of food somewhere else. The downtown two blocks of Las Cruces is very cute but definitely needs more businesses since nothing was open except for a tiny little hamburger joint that was “just getting ready to close". Everyone was grumpy while eating their burgers outside so we decided to skip the nearby museum (it was closing in an hour anyway) and head back home to rest up for the concert.

Since the concert would run late we headed back to the Main St. Bistro early for a late dinner but they only had a limited menu since it was Valentine's Day. I wanted to like this place but they weren't making it easy. The girls weren't too thrilled with the menu but everyone survived. We'd never heard of Josh Grinder before (apparently he is big in Texas!) but he put on a great show. The girls complained that the music was too loud for them to sleep but we had a blast! 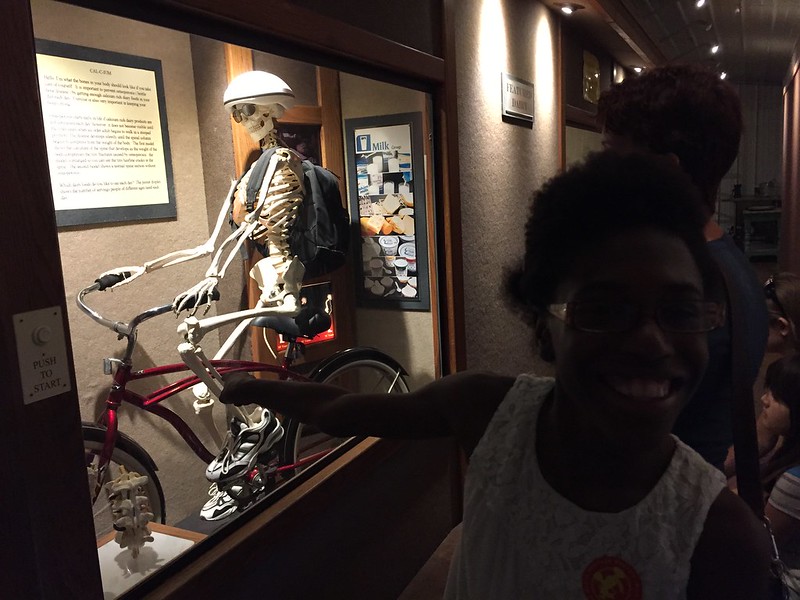 Everyone slept in late Sunday as we were such party animals the previous night. However, we got up and got rolling. Hali and I headed to Dick's to pick up a couple camelbacks before heading out for the day. We stopped by Game Stop as the girls' gift card were burning holes in their pockets before heading to the New Mexico Farm & Ranch Heritage Museum for some learnin'. Cathy and I thought it was interesting but it was a little boring for the girls except for the sheep, cows, goats and playground. I did buy a sweet knife made by the blacksmith from a railroad spike. 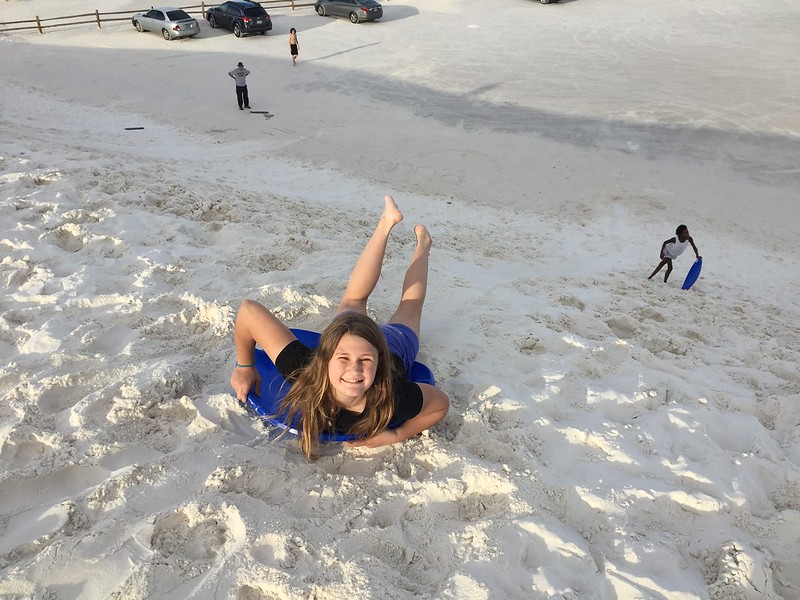 Then it was back the White Sands for a couple of hours of sledding. The girls were much more adventurous; Kira and Hali were going down on their stomachs and even backwards. It was great to see Kira having such a blast doing something besides sitting at her computer. Afterwards I twisted Cathy's arm and she let us go back to the Pecan Grill for dinner. She's so good to me!

The next morning Cathy and I got in a quick run (our second of the stay) and then did some laundry and work before packing up around noon and heading to Tucson.