Sedona was such a great stop in our journey! Downtown is a little touristy but with the city nestled in the red mountains it's irresistible. We stayed there mainly due to it's close close proximity to Flagstaff (skiing & the Grand Canyon are on the agenda) but Cathy quickly fell in love with it! The weather was great during our entire stay and we had a blast! For a number of reasons (see below), we will definitely be back. It's gorgeous! 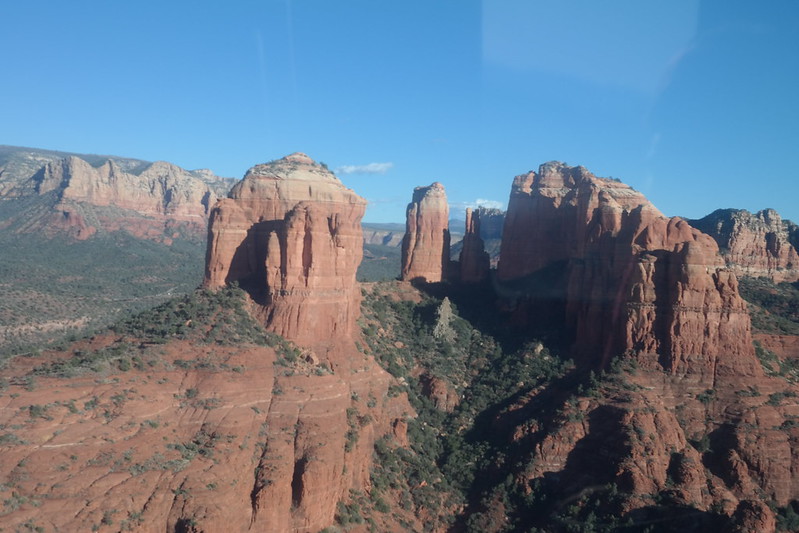 We pulled into the RV park (southwest of Sedona) early evening and got setup. The RV park was in this cool little valley but things were just "strange". For instance, it cost $1.50 for each package delivered while staying and the washing machines only took tokens with quarters but there was no change machine nearby. Anywhere. Anyway.. after everything was unhooked and extended, we ventured into Sedona, drove around town to get the lay of the land and had a bite to eat at the Cowboy Cafe. Dinner was good and consisted of prickly pear margarita and fried cactus for appetizers! You wouldn't think, but fried cactus is actually pretty yummy. We spent the rest of the night getting ready for a big weekend of skiing!! It was going to be an early morning. 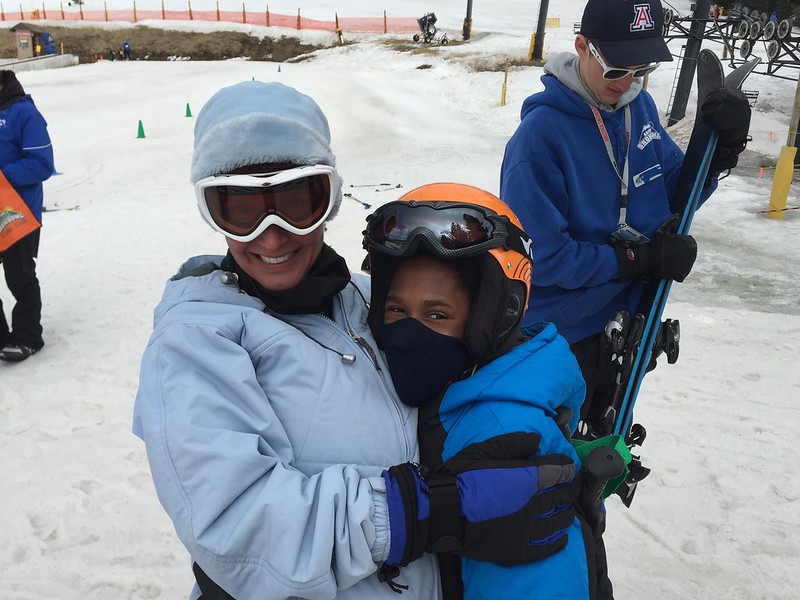 We took off at 6am Saturday morning for the 1.5 hour drive north to Arizona Snowbowl in Flagstaff. We put all of the girls in ski school for the weekend and Cathy and I skied mostly the bunny slopes. Everyone was exhausted. 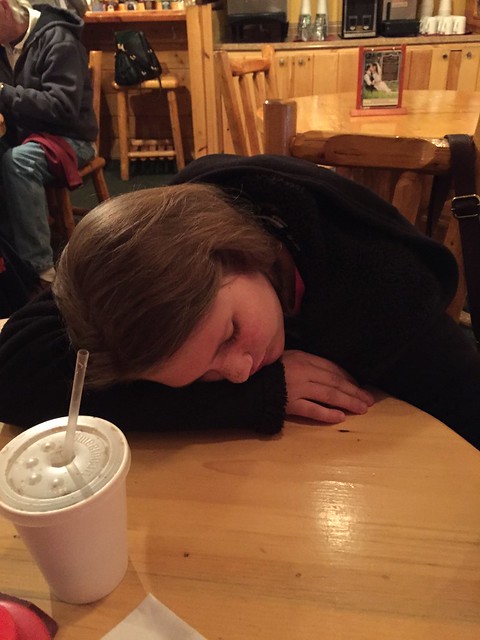 We stayed the night at the small lodge at the base of the mountain and did everything all over again on Sunday. I actually dropped the girls off early at ski school and came back to get Cathy so she could sleep in. The girls had a good time the entire weekend but Kira was not a fan of the cold weather. Whenever she'd see us skiing past, Kira would just stare holes in us through her goggles to come an get here. There are some great pictures and videos below to look at.

Most of the week was typical school and work with some cool stuff in the evenings. On Monday we ran to Scottsdale for a Salesforce Developer User Group meeting. Since I was in town they arranged a quick, impromptu meeting at a local brewery. About 10 people showed up and they even bought the family dinner. It actually turned out to be a great time. 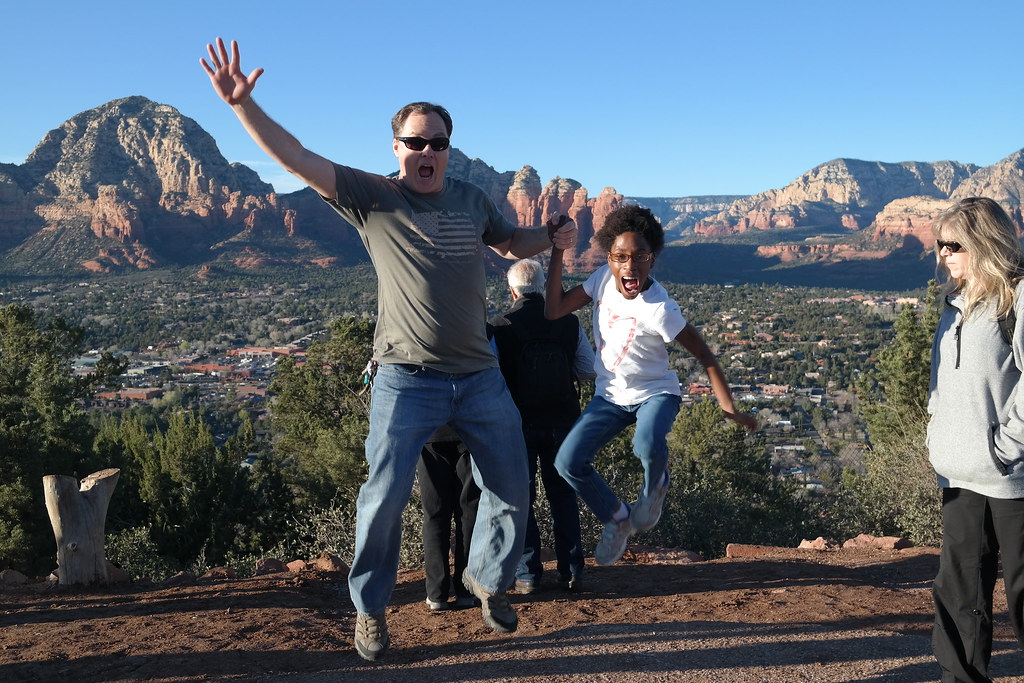 Tuesday we drove around the scenic routes outside of town looking at the cool mountains, the Chapel of the Holy Cross and taking funny photos. The big thing in Sedona is to take a Jeep ride through the desert. Well.... since we have a Jeep I decided to take the same trail myself. After about 50 yards of the girls screaming, "... ah ...it's too bumpy..." I decided to turn around and head back to town for dinner. We found the Oak Creek Brewery and had a great dinner... complete with a beer sampler flight!! 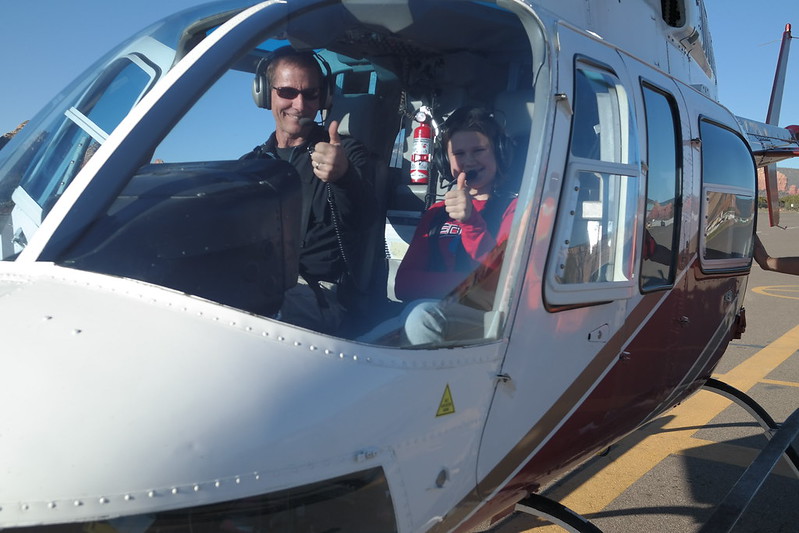 Wednesday we had a date with a helicopter after work. A couple of days earlier we'd found a place where if you sit for a timeshare marketing pitch you'd get half price tickets on a helicopter tour around the mountains! This was a no-brainer since we certainly weren't going to buy a timeshare (Cathy and I are great at saying "no" in these types of circumstances) and we love saving money!! The helicopter trip was an absolute blast. Hali got to sit up front with the pilot and the other girls were in the back with us wearing headsets. They had so much fun talking to one another throughout the flight. We had a great time and the mountain scenery can't be beat!

There were two big events on Thursday. First, we FedEx'd the closing documents for our last rental house. We were finally free of tenants!!! Then we attended the mandatory timeshare sales pitch. We were essentially the only ones there and we had a pretty good time with the sales ladies talking about our trip, foster kids, bio kids, etc. However, we were damned and determined that we weren't going to buy a timeshare and our body language spoke loudly. 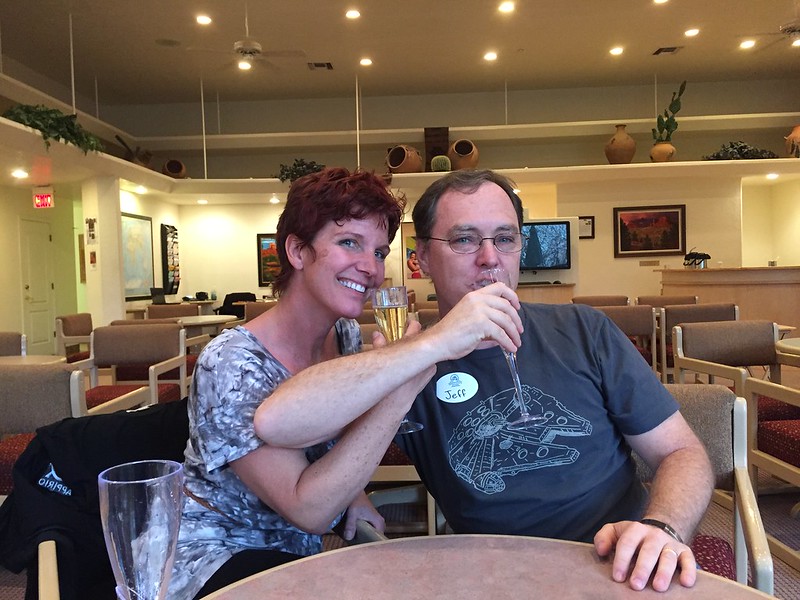 Well, to make a long story short, we are now the proud owners of a timeshare in Sedona! Apparently timeshares have changed a lot since we bought our first one and now they are all based upon points which you can spend anywhere you'd like. We bought the smallest package available which came with 2 free weeks anywhere plus 2 free weeks per month at the RV spots in our timeshare in Sedona. We'll definitely be back for some free stays next summer.

Global warming was having an impact and things were getting cold. We had been watching the weather for the past few days and it was damn cold in the Grand Canyon. So we'd decided to push our trip back by a couple of days and go skiing Saturday and then do the Grand Canyon on Sunday for just one day. We had plans to come back to the Grand Canyon next summer as Lexi was too small to do the donkey ride down into the canyon. So Friday we got up as usual, did some school and work, and then took off again for Flagstaff for the weekend. Everyone was excited to go skiing again and we had a scheduled train ride to the Grand Canyon. As we headed up the road it started to snow...