We had a blast in Vegas! The kids had more fun than I ever expected. Kira absolutely fell in love with Vegas. For her it ranks right behind New York City. I think our RV park location had a lot to do with the "quality" of our stay. It was a very nice, clean park that was conveniently located to the strip (roughly 6 minutes away). We were only there for 4 days but each night we spent on the strip. I think we'll have to go back sometime.

Our Flagstaff blog post details the troubles we had getting to Las Vegas. However, once we arrived things were great! The weather was beautiful our entire stay and it was very relaxing.

Monday was all work and school but we got to play that evening. There's not much that kids can do in Vegas (our kids don't like gambling) so our goal was to find a Cirque du Soleil we could all attend. That morning I bought tickets for Beatles LOVE at the Mirage and after work be took off for the strip to pick them up and see some sights. However, on the way there we were side-tracked by the shiny sight of new RVs. We'd been wanting a new 5th wheel since Texas and we stopped in to take a quick peek. Coincidently, the sales guy was from Lexington, graduated a year before Cathy and had some of the same friends. The 5th wheels we were looking at just weren't right for us but we did have fun talking to him for what seemed like hours. 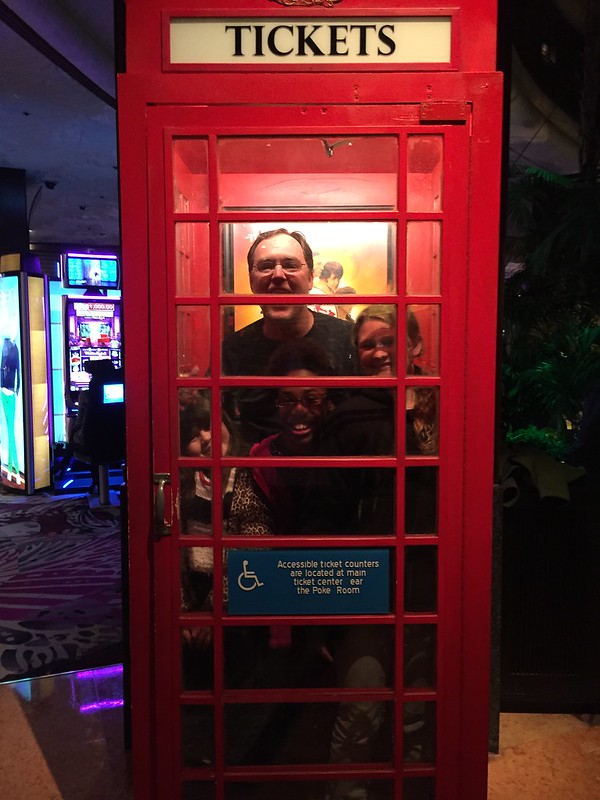 We hit the strip and I stood in line while the girls wandered around Caesar's Palace's shops before I met them for dinner. Afterward we hit the show and had an absolute blast. We've been to a couple of Cirque du Soleil show before but LOVE was more music and dancing (go figure) than actual acrobats. Anyway, it was an absolute blast. They did an amazing job intermingling dance, music and acrobats with their light show and animation. The girls have become Beatles converts and Kira begs me to play "All You Need Is Love" all the time. 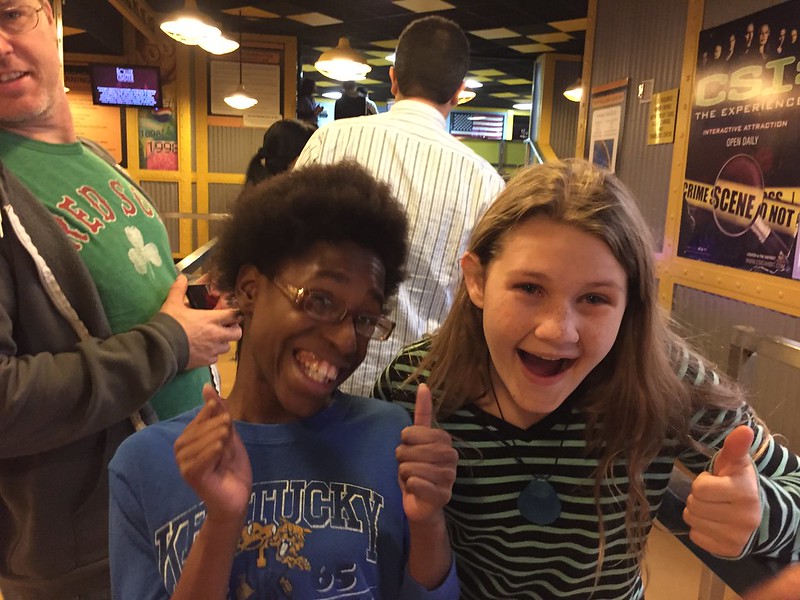 Tuesday was National Pancake Day but only Cathy and I were excited. The girls wanted cinnamon rolls. Kids! The previous day I'd seen signs for one of the magic shows in town so we picked up ticket for that. Hali is a huge magic fan and she would have loved to see Penn and Teller but they only perform on the weekend. Anyway, we did lunch on the strip and picked up our tickets. We went to an Irish pub in the New York for lunch and afterward Kira and Hali rode the roller coaster on the roof. They still talk about that to this day. They loved it! Then it was back to school and work before the show. Cathy took off to run some errands and got lost heading home from Wal-Mart. We were almost late for Jan Rouven's Illusions show. The show was pretty fantastic and afterward we stayed to meet him, buy Hali a magic kit and get some autographs. 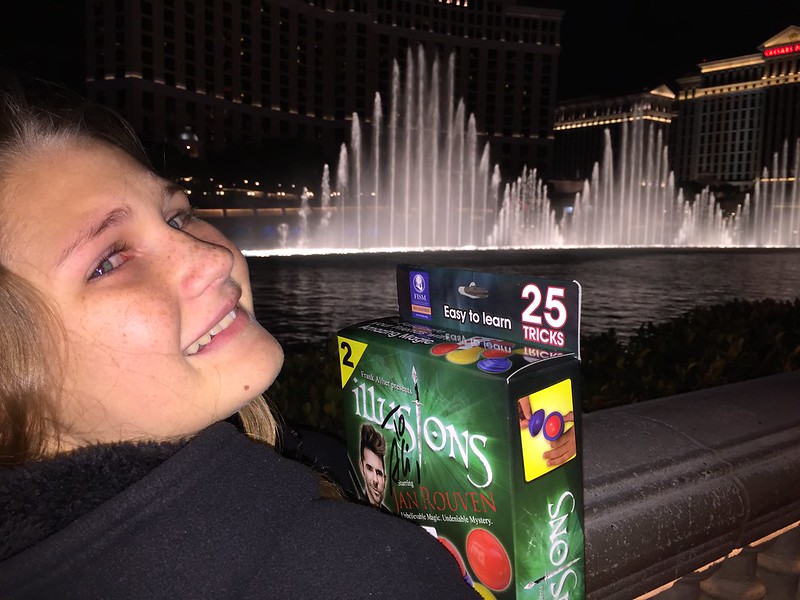 At that point we weren't far from the Bellagio (at least we thought) and we wanted to see the water show. It seemed like we walked forever but it was only a mile or so before we got to the Bellagio. The water show was worth the wait and we decided to stop for some food even though it was getting quite late (9pm?). We stopped at some PBR Bullriding restaurant and it took forever to get food. Lexi fell asleep at the table, we finished dinner and (literally) dragged them down the strip to the Jeep. Kira was wide awake and ready to party the entire time. She's a Vegas girl! Good times!

Wednesday was our last full day in Vegas and we decided to spend as much time on the strip as possible. However, we made the mistake of having lunch at Circus Circus. What a dump. The upstairs is a bunch of carnival games and they girls spent their allowance playing them. Kira was extremely distraught that she didn't win the biggest, fluffiest stuffed animal on the ring toss game. She was almost inconsolable. Hali won a little stuff animal for Lexi and she was quite happy. 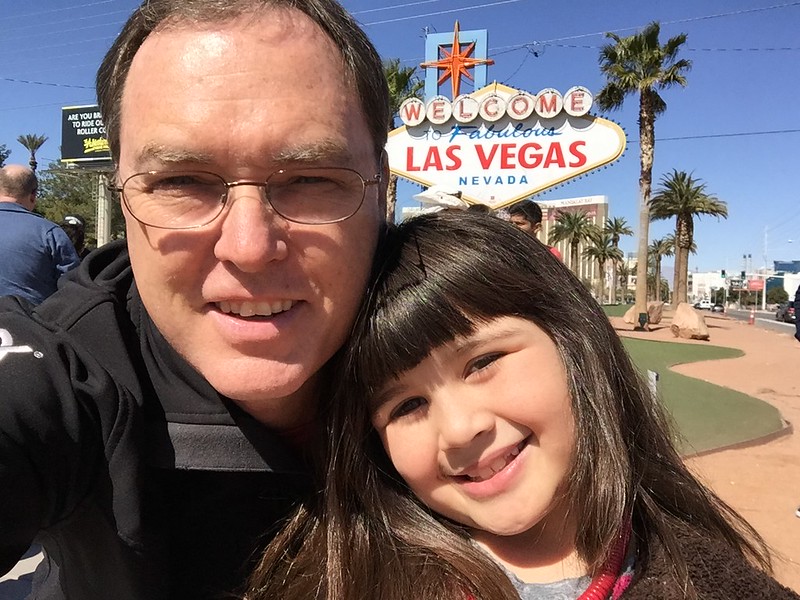 After our extremely disappointing lunch we went back to the RV and finished up school and work. That evening we drove the few minutes down to Luxor and Mandalay Bay for dinner. We stopped at the giant "Las Vegas Sign" and took some really cool pictures. The line was somewhat long but they had a professional photographer that accepted "donations". We found a really cool restaurant inside of the Mandalay Bay/Luxor complex with good food and some craft beers. Everybody was a winner! Afterwards we wandered around Luxor taking pictures with the Egyptian "artifacts" and generally having a good time. Cathy and I thought we'd like to stay there sometime sans kids. Pretty cool place. 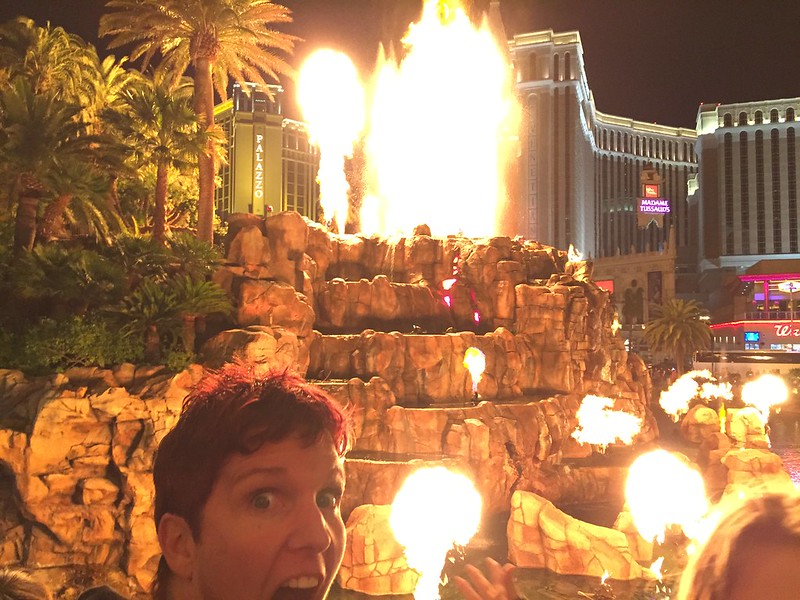 We headed out for the night and picked up Hali's prescription from Walgreens and realized that the night was still young. So we turned the jeep around and headed back down the strip to the Mirage. Everything we read said the Volcano show was amazing and they weren't wrong. Really cool show and the kids had a good time. We'd definitely do that again. Then we went back home, put the kids to bed and hit the sack. Unfortunately Hali had a coughing fit so no one got to sleep till well after midnight.

Thursday was the usual "pack up" day. The girls had showers and Cathy did a load of laundry while I worked. Around noon-ish we packed up and headed out on the long drive to San Diego!