We left Las Vegas for San Diego without knowing how much our stay there would change our lives. We stayed on the south side of San Diego in the Mission Bay area and it was beautiful! Cathy and I went for walks in the mornings down by the water and if we were smarter we would have taken advantage of the 15 mile bike loop around the bay. 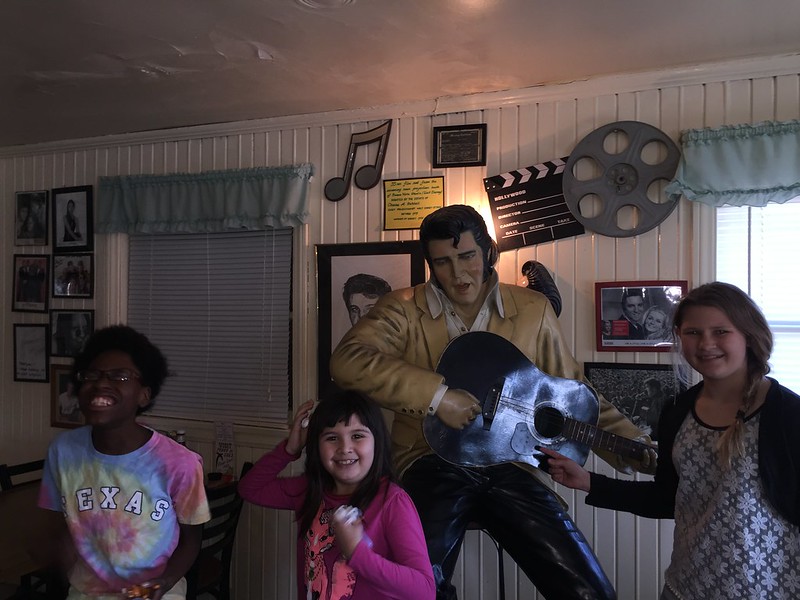 We took off Monday late afternoon for the 5 hours trip from Vegas to the far south side of San Diego. We stopped just shy of leaving the desert at Peggy Sue's 50's Diner for some really unhealthy food but good times. I had the pleasure of introducing the girls to bananas splits! I'm not sure if they quite liked them? We finally made it through all of the evening traffic getting into San Diego and pulled into our spot at the RV park. Smooth as silk! 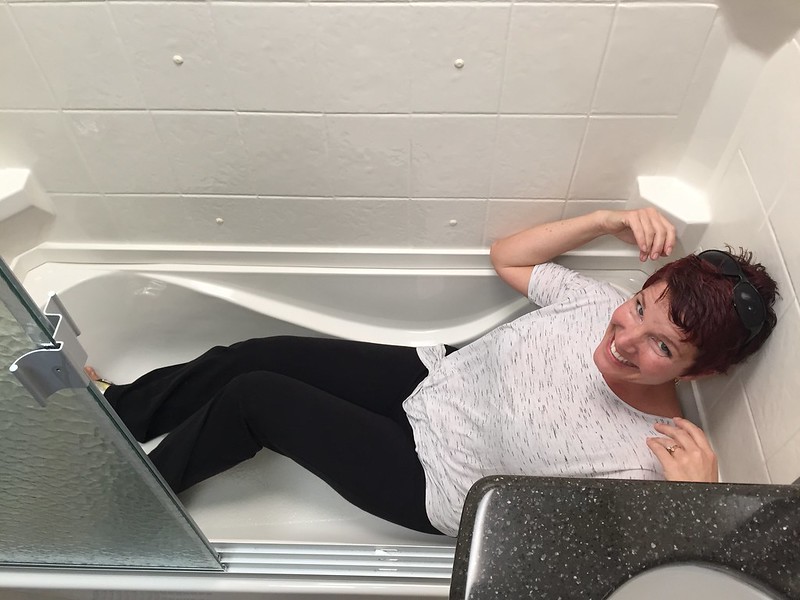 Friday was a whirlwind day. I'd been emailing RV dealers all across southern Cali looking for a specific configuration for a new fifth wheel. I got a number of replies but one from La Mesa RV (the same small company we bought our Class C from in Orlando) sounded promising. So after work we head a few short miles down the road to look at it, fell in love (it had a bath tub for Cathy and recliners for me) and bought it. With an hour or so we had signed on the dotted line for financing and headed out for dinner in La Jolla. Afterward we spent the rest of the evening looking for a truck to pull our new rig!!

The rest of our weekend, and most of our 6 day stay in San Diego, was spent getting ready for our new fifth wheel. Our Movin' on Up! blog post has the full recap of our adventures in buying a new RV so I won't recap everything. Saturday we ended up buying our new Ram 2500 truck and then heading back to La Jolla for dinner again. It was such a different experience rolling around Cali in our "big ole truck". Cathy and I were giddy every time we got behind the wheel. 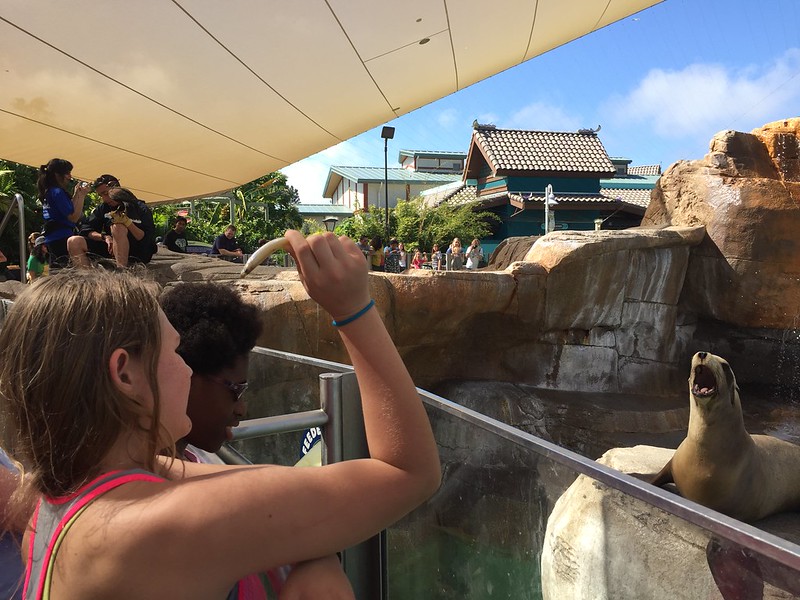 Since we had been doing "boring stuff" during out time in San Diego so far, we decided to take the girls to Sea World just down the road for the day. We were at the park from open to close and had a blast riding rides, watching show and petting animals. We wandered by chance into a gift shop and were told they were bringing some "special guests" in soon. We were so excited when two baby cheetahs appeared for petting and pictures. Definitely one of the most amazing things I've ever done is pet a baby cheetah!! After the park closed at 6pm we grabbed some jackets and headed for Coronado to drive around and have dinner. We'd spent some time at The Del about 10 years ago and have really fond memories of the area. We found a really cool little restaurant where we sat sort of outside and had a good time. The service wasn't great but the food and drink was. 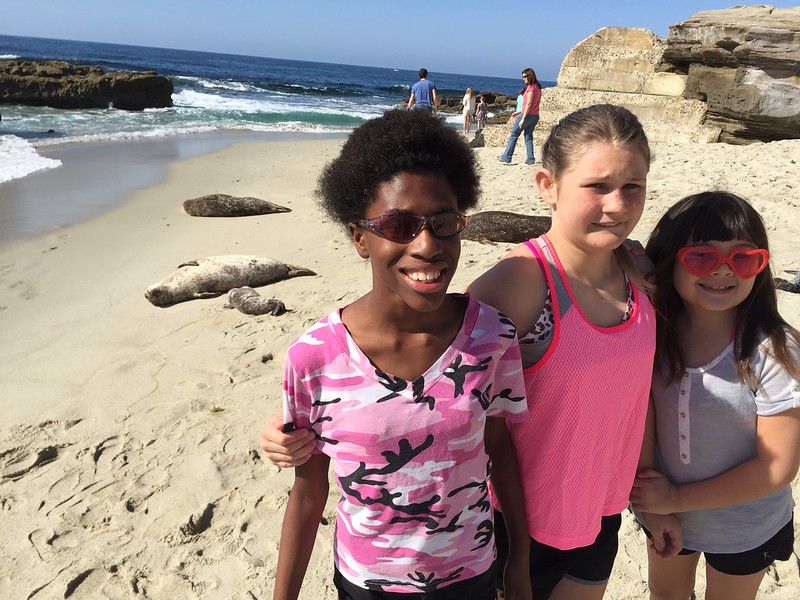 Monday was the usual school and work. Afterwards we went to the Children's Pool in La Jolla to look at the harbor seals and sea lions that are scattered about the beach. It was really neat being with the wildlife but some people were getting way too close to the animals and bothering them with photos and selfies. I heard a couple of weeks later that someone had gotten bit so I guess the sea lions got the last laugh. 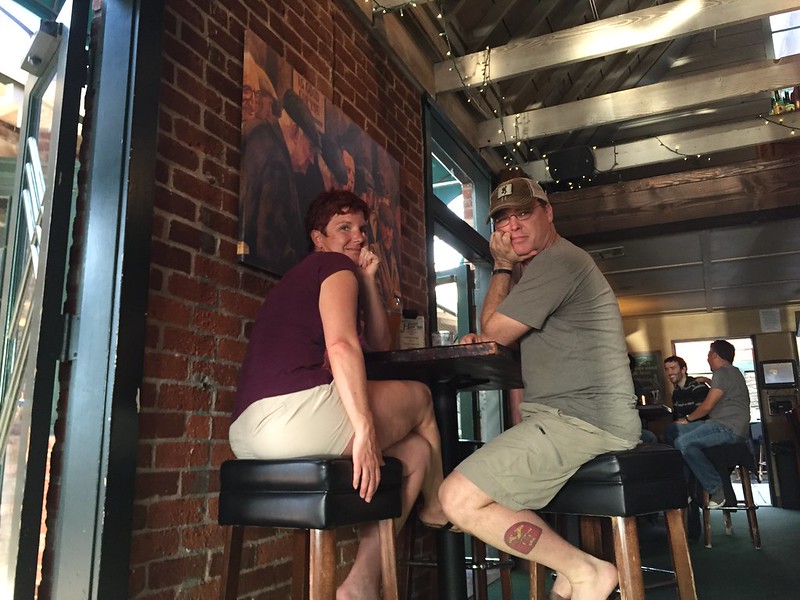 Since we were in La Jolla we decided to look for dinner there again. (La Jolla for dinner was a recurring theme while we were there!) We found this cool little Irish place where the girls ate by the fireplace while Cathy and I had our own table. Great "alone" time for us.

Tuesday Cathy spent the majority of the day preparing for the move into our new RV the next day. I'd dropped the truck off early in the morning at La Mesa to have the fifth wheel installed and then picked it up shortly before I headed north of San Diego for my 7pm meeting. I was presenting at the SD Developer User Group for Lightning Week. My presentation went great and I had a blast meeting everyone. 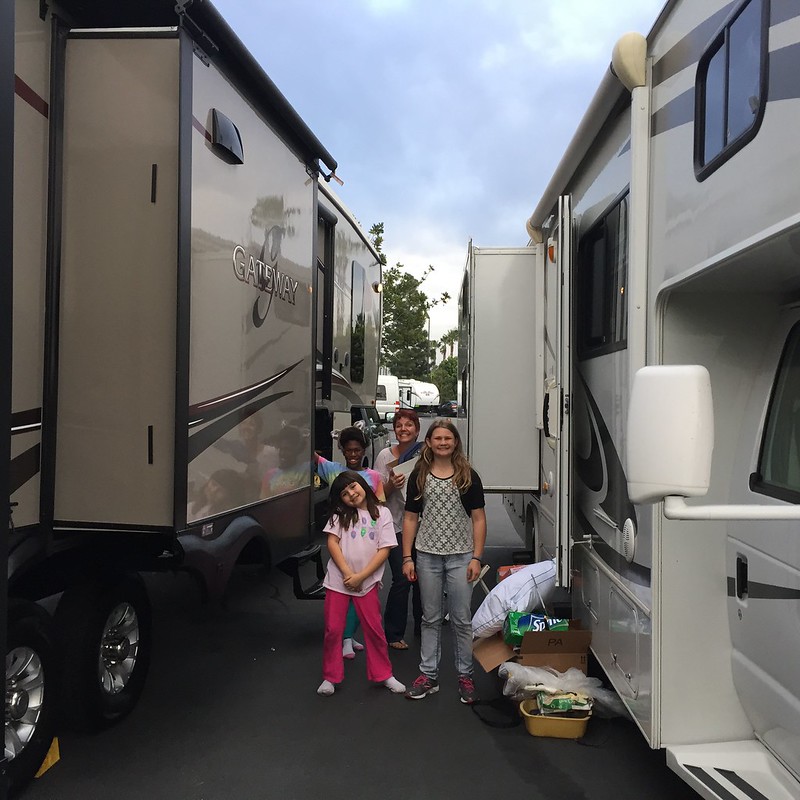 Wednesday was the big day. I'd gotten a quote at Carmax on Saturday for the Jeep and said good-bye to it early Wednesday morning. We loaded up the our little Class C and headed over to La Mesa at lunchtime. Cathy and the girls moved most of the stuff from the old RV to the new one while I finished up work and phone calls. It took much longer to transfer everything over than we expected and we begged La Mesa to stay open an hour later than usual so we could get everything transferred. After the walk-through and a quick tutorial on hooking the beast up to our truck, we took off for Anaheim around 7pm. In retrospect, driving our brand new fifth wheel through LA at night wasn't the best first experience. We probably should have waited the next day as it was a nerve racking experience. We pull into the RV spot around 9m and had some problems getting into the spot as it was a little tighter than we'd hoped. We were petrified parking the RV. The combined length is over 60' long!! We decided to just leave everything hooked up for the night and hopefully be able to unhook it in the morning.