We spent nearly two weeks around San Luis Obispo and absolutely loved the area. It was a rather relaxing time but we did have to make a couple of trips. Cathy took Hali back to Sarasota for a quick medical checkup and we all headed to Ft. Sill for Brittany's wedding. 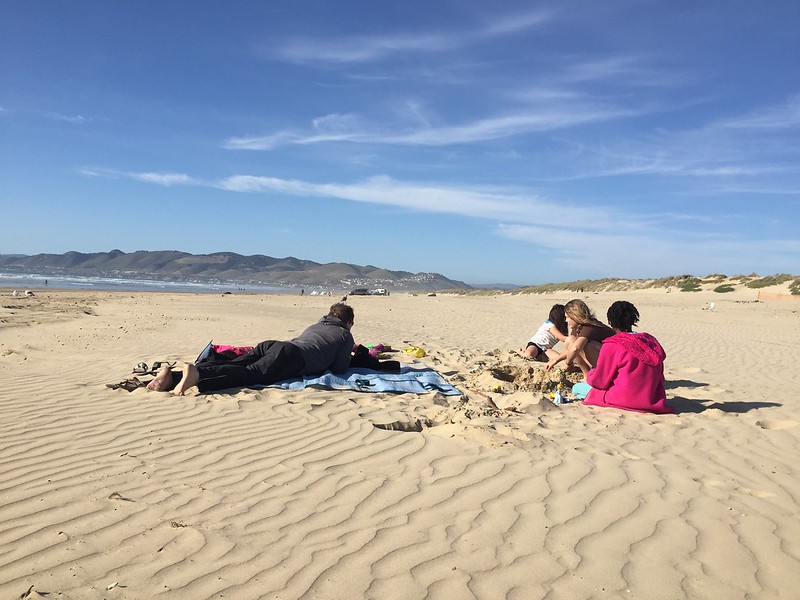 I really feel in love with the SLO area (San Luis Obispo); It's gorgeous! You can drive up the 101 with the ocean on your left and the mountains on your right while driving through wineries and horse farms. You can go for long stretches without civilization as it's still fairly rural. There are also a few really good breweries in the area as well. The area is dotted with small beach towns along the coast frequented by seasonal visitors from the Fresno area. The city of San Luis Obispo has this really cool feel to it. California Polytechnic State University is located there (a lot of smart hipsters) but the population is only 50,000. The downtown area was really fun to walk around and the Thursday night Farmer's Market was a blast! They even have a yummy gum wall!

We pull into the RV spot late afternoon on Tuesday without many issues. We did a pretty good job pulling into our spot but it was somewhat tight so we had to wiggle our way in a little. The RV park was right across the street from the public beach so we walked down to check it out after dinner. You can drive on the beach and it's dunes are a magnet for ATV riders. That's the big attraction for the area. We were definitely going to need to rent some 4-wheelers and go riding! 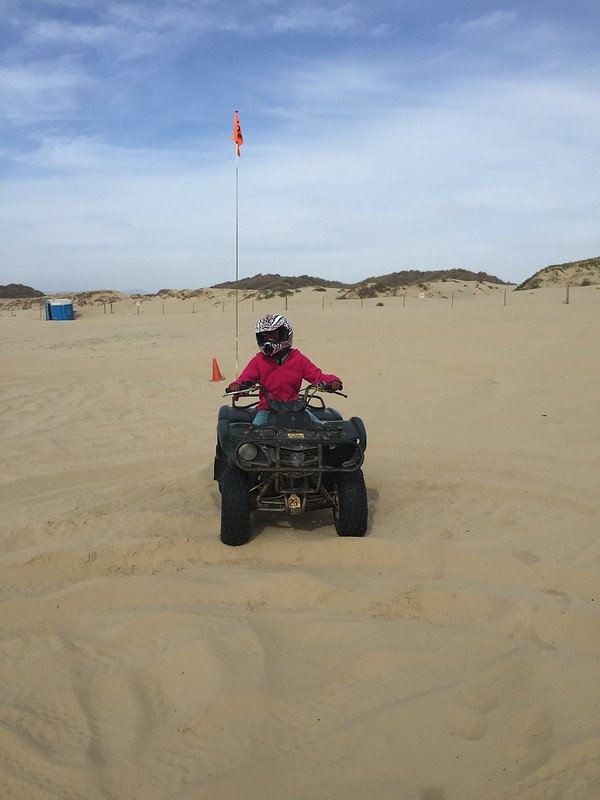 The next couple of days we spent heading into SLO and just hanging out around the beach. We found a couple of cool restaurants for dinner each night and had blast at the Farmer's market. Friday after work and school we headed down to the beach and rented 4-wheelers. Kira and Lexi shared one (Kira rode for only a minute or so and decided she didn't like it) but we ended up bringing Lexi back from the dunes as she kept getting stuck. Hali and I had a blast and rode for a couple of hours. I shot a great GoPro video of us riding. I got the truck stuck in the sand (no 4x4 damn it!!) but fortunately another truck stopped by within seconds to pull me out. 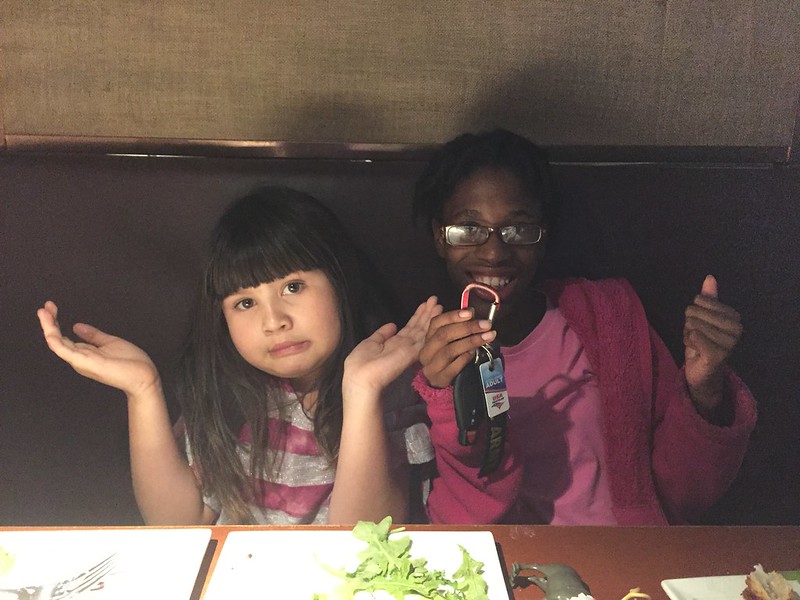 Saturday morning we drove 3 hours north to San Jose to drop Cathy and Hali off at the airport for their trip back to Sarasota for some tests. Afterwards I took the girls to the movies and we did some shopping before heading back home. We stopped for dinner just north of SLO at Firestone Walker Brewing Co which has a great restaurant and some good beers. I just couldn't decide which one of the girls was going to drive us home. 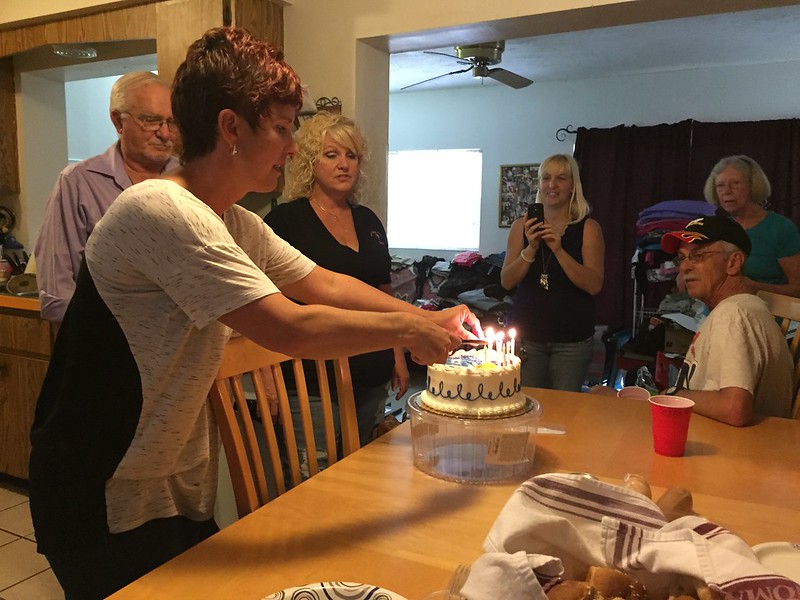 Cathy spent the next couple of day spending time with family and friends while shuttling Hali to doctors' appointments. She received a call from Brittany that she and Curtis were getting married and she wanted us to come back to Ft. Sill. They were in a hurry so they could get off-post housing before deployments. So we booked a flight for Thursday night and I took the day off for her wedding on Friday. 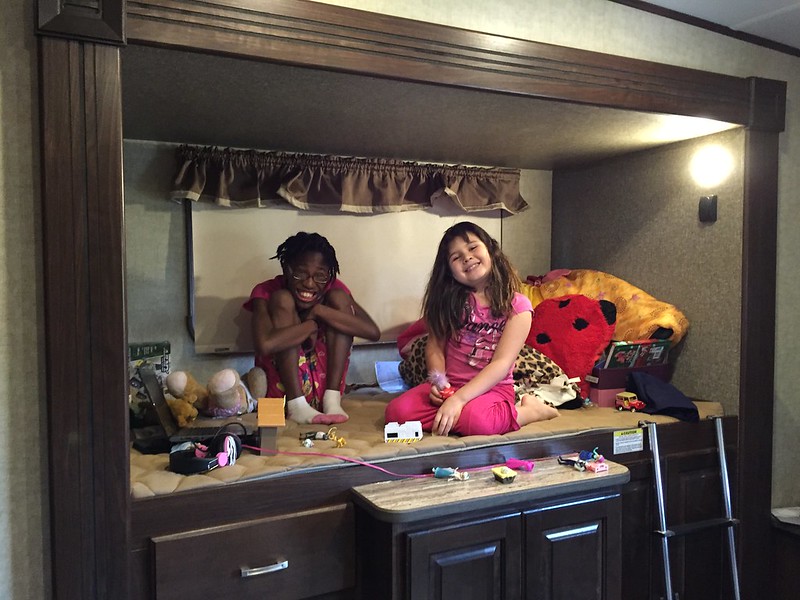 Back in California, the girls and I just hung around the RV doing school and work (the girls loved their free time on the computers), playing with toys, going out to eat at night and occasionally getting some time away at the playground while I worked. 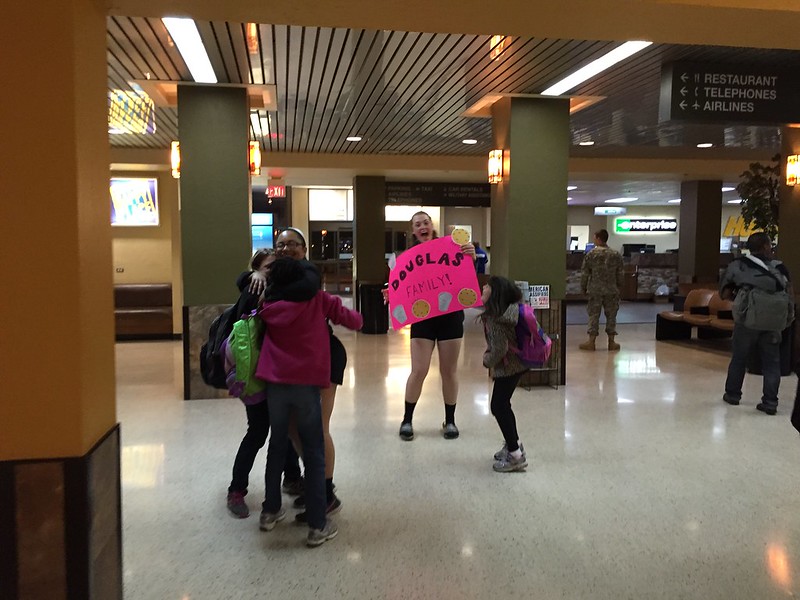 Cathy and Hali flew into San Francisco late Wednesday night so we booked a hotel near the airport. We flew out to Ft. Sill later the next day for the wedding and Brittany and Chelsea met us at the airport. They were super-excited to see us! After getting our passes to enter Ft. Sill, we checked into the Holiday Inn on post and hit the sack. It had been a long day of travel and work! 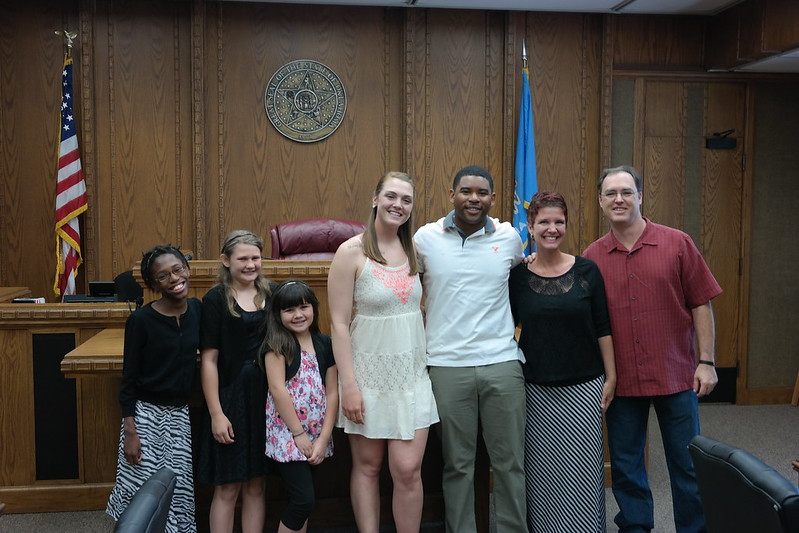 Friday was the wedding day and we weren't sure if it was actually going to happen. Curtis was in the field and we didn't know if they'd let him come back in for the ceremony. We spent the morning at Wal-Mart buying the girls dresses and shoes for the ceremony. We finally heard from Brittany that the wedding was a go so we met everyone at the Court House around noon. It was a really cute ceremony and there are some great photos here.

We spent the rest of our time in Lawton looking at apartments with Brittany and generally just hanging out with her and Chelsea. Curtis had to head back to the field so unfortunately we didn't see him after the wedding. For some reason I was stupid and booked a return flight to SFO that left at 6am on Sunday! We had to get everyone up and running at 3:30am to make it to the airport on time. Needless to day, everyone slept on the flights home. 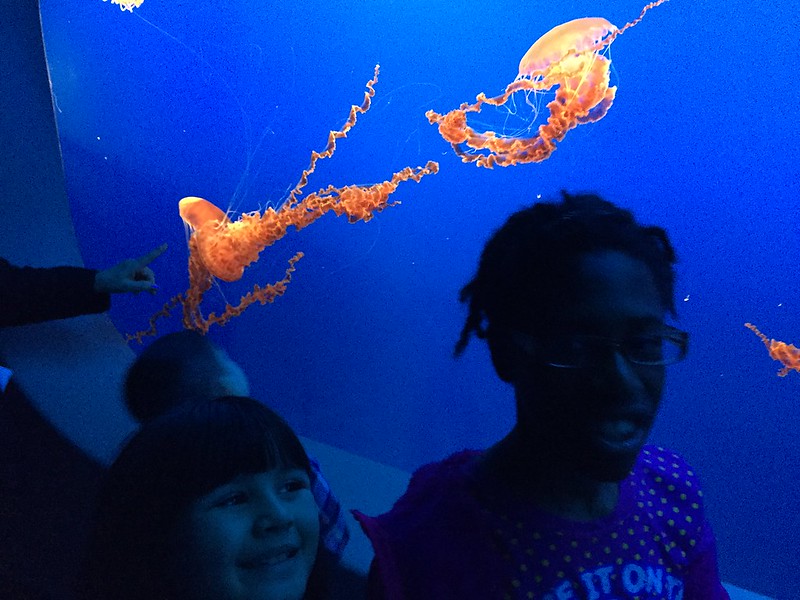 Our original plans were to do some sight-seeing in San Francisco when we returned for Lawton but instead we stopped in Monterey on our way home. We grabbed some lunch outside at a local brewery and then hit the (really awesome) aquarium for a couple of hours. Afterwards we did the 17-Mile Drive through Pebble Beach stopping along the way at points to enjoy the beauty and take photos. By the time we arrived home, everyone was grumpy and tired from a long day. 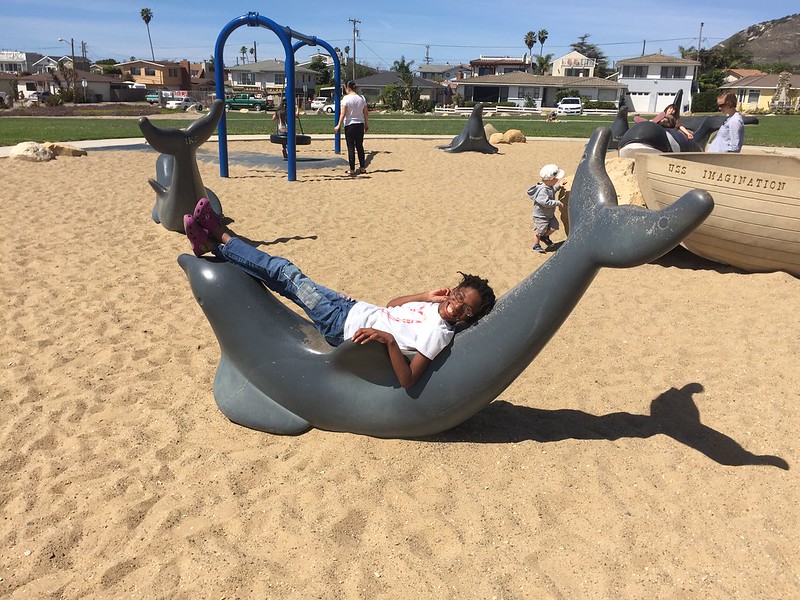 We spent the next couple of day recovering, prepping for our move Wednesday and generally just playing and eating around the house. Wednesday was a normal school and work day and we packed up around noon and headed to Fresno! We really wanted do Yosemite and Sequoia National Parks.