We spent nearly a week camping in the Giant Redwoods Forest and seldom left. The entire area is gorgeous and the weather was beautiful during our entire stay! Our goal for the stop was to simply enjoy nature and we achieved it! We may have to go back again for another week or so. Northern California is amazing! 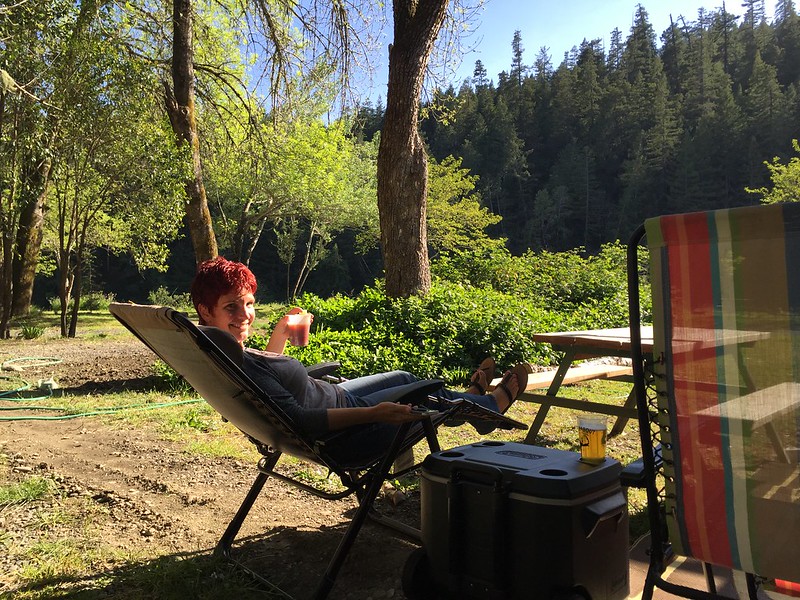 Cathy found this cool little camp ground that had just gone through a series of renovations. The owner was really nice (he had a cooler full of local beer in his office!) and put us in a huge, brand new spot. Cathy pulled in and out with no issues whatsoever. Apparently Humboldt County is the marijuana growing capital of the US and there were a number "hikers" just walking around the roads and riverbeds. We'd pass them while running but it didn't look like they could catch us. 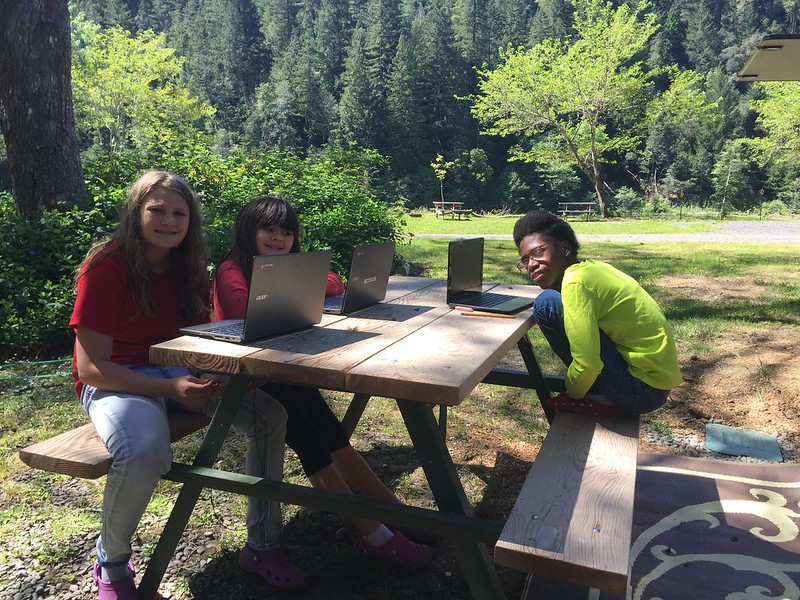 We really didn't "do" much during our stay. Most of the days were spent around the house doing school and work and just enjoyed the weather. There was a small village about 5 miles away and they had one tiny restaurant with great pizza and local beers. We hit that place a number of times. Cathy moved the girls' classroom outside on a number of times and there was even a playground for playtime. Bonus! After school the girls typically played outside while we talked with a number of campers with suggestions for our next stops in Oregon. 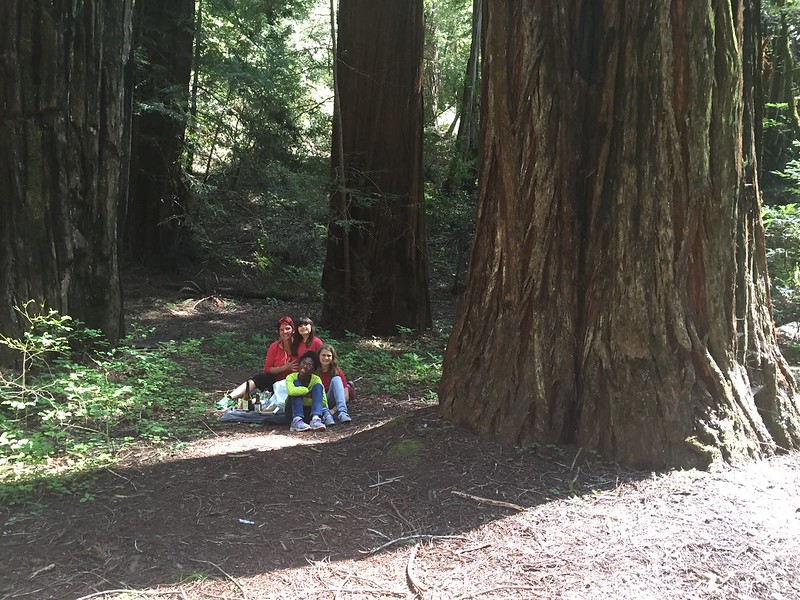 Being as awesome as she is, Cathy made an effort to have lunch as often as possible a mile or two down the "Avenue of the Giants" in the big trees. We'd eat for a few minutes and then let the girls play in the forest for awhile. We'd sit there in glorious peace and quiet not entirely wishing for the them to get lost for awhile. Seldom did we see other people and it felt like we had the forest all to ourselves. 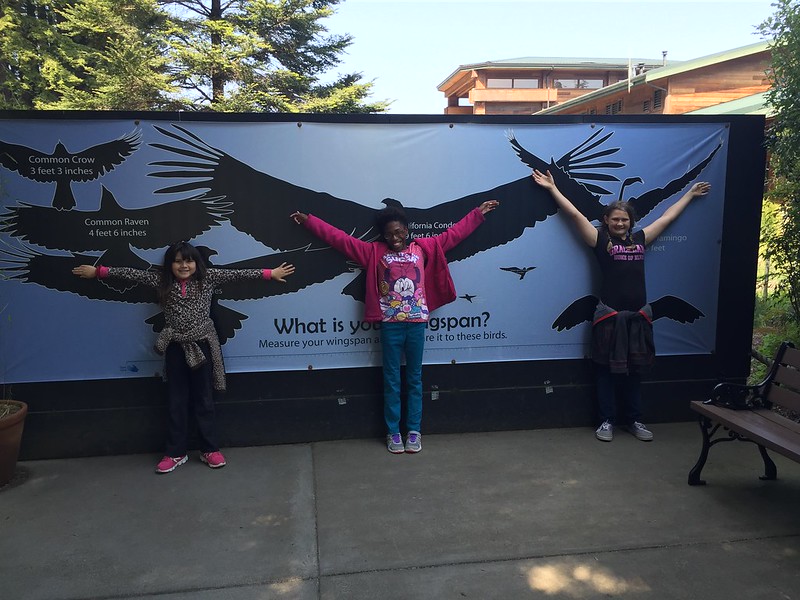 Our only real excursion was Saturday to Eureka. We got a quick oil change, had lunch at [Eureka Brewing] and then spent the afternoon at the local zoo. It was small but they had some interesting animals. The girls had a pretty good time. 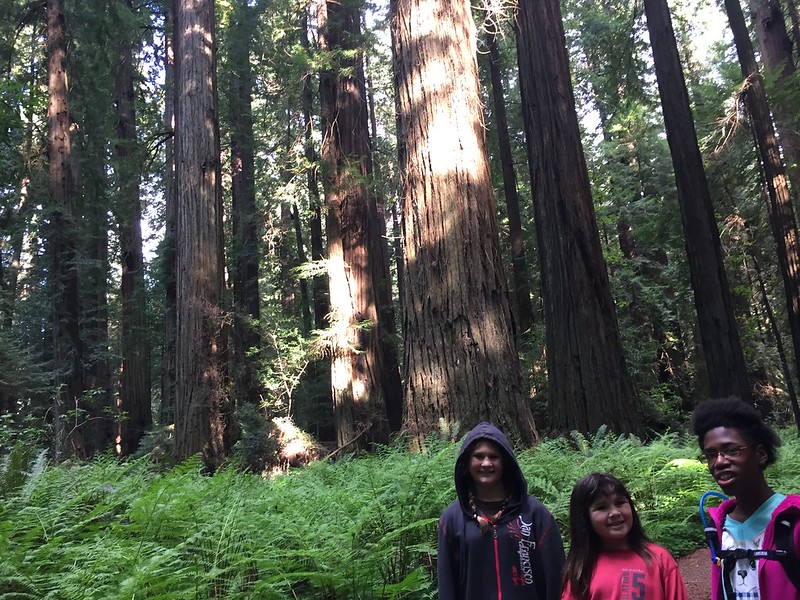 Sunday we lounged around the house and then decided to do a little hiking through the woods at the Drury-Chaney Trail. We probably spent a good three hours walking through the forest taking some spectacular photos. The entire slideshow below is great so make sure you don't skip it.