We spent a week in San Francisco but ended up not doing much in the city. I know it's an awesome place but I work there and Cathy is not a fan of the weather. Therefore her contempt for the weather transfers to the city itself. We had plans to go into the city more often (it was only 30 minutes away) but the thought of fighting traffic didn't appeal to me. We did make an awesome trip to Sonoma which was probably the highlight of our trip. 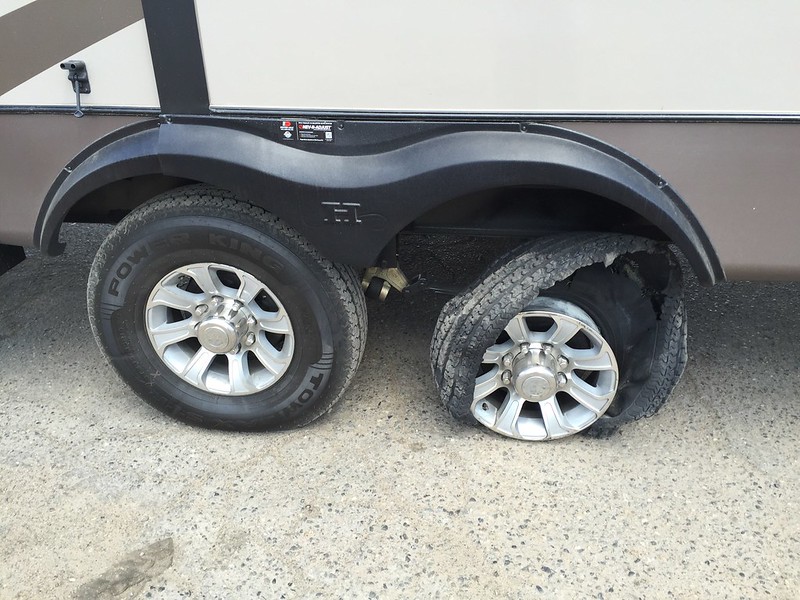 Unfortunately our journey from Fresno to San Francisco start off terribly. We noticed as we were pulling out of our spot that one of the RV tires was extremely low again. It had been giving us issues so I had purchased a can of fix-a-flat just in case. So we filled the tire with the entire can and headed off to the nearest truck stop a mile or two down the road to see if that would do the trick. Our GPS couldn't find the truck stop very well so it took us the long way through some back roads. About a half mile away we hit some railroad tracks and the tire shredded; I could see smoke in the side view mirror. As we limped down the road we realized that there was a semi tire store right before the truck stop! I must be Irish! I had Cathy run in and see if they could fix our tire. I thought we'd have much better luck if I send in the hot red-head to ask for help. Luckily 60 minutes and $60 later we were back on the road to San Francisco! Crisis averted!

We arrived at the RV park a little later than expected and had some difficulties pulling into our spot. We couldn't quite make the turn into our spot so Cathy wanted me to go around the row and pull in the from the other direction. However, I was confident that I could back the RV into the spot.... which I did like a boss! Cathy was a mess during the entire process. Luckily I had hide my bourbon. The RV park was nice but right next to the highway in a somewhat sketchy area. Cathy and I ran almost everyday up and down the road parallel to the highway and, in retrospect, may not have been the safest thing to do. 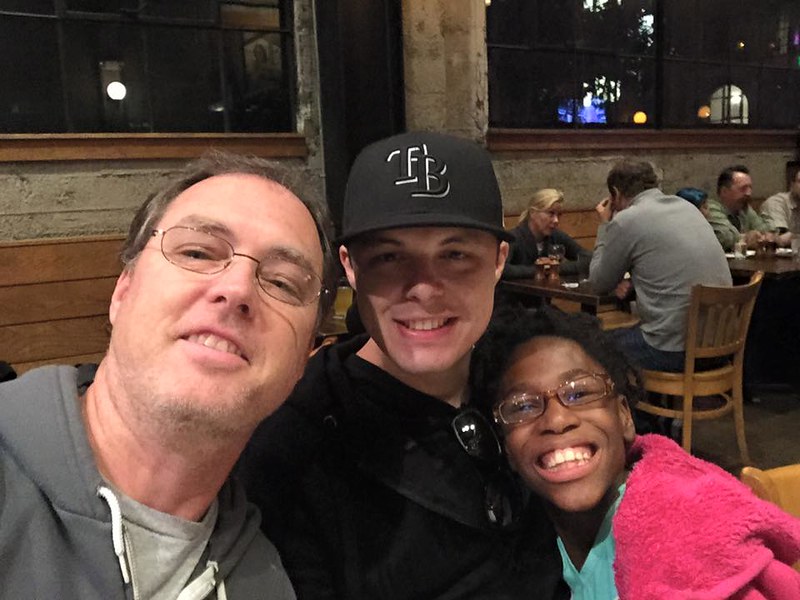 After we pulled into our spot and setup we headed into the city. Our son Scott was in town for work and we had plans to meet up with him at 21st Amendment for dinner. I hadn't seen him in a couple of months so it was great catching up. We made plans to spend a couple of more night together but it didn't pan out due to his work. He's becoming so grown up!! 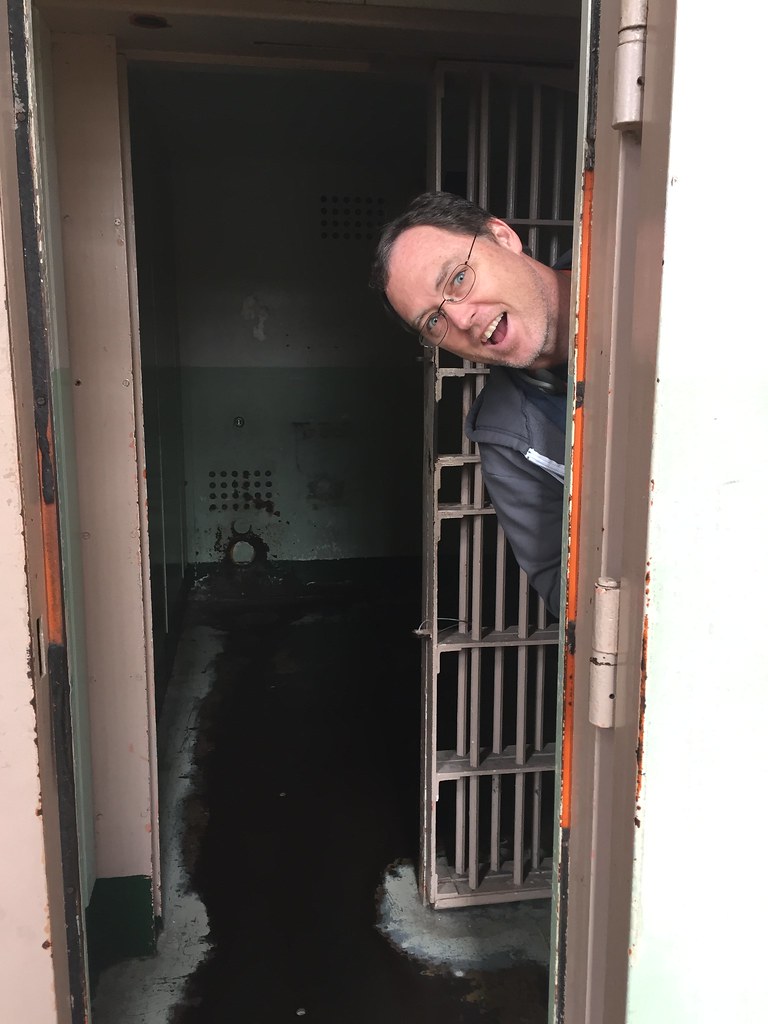 After work on Thursday we caught the last boat to Alcatraz and had a blast touring the island. The audio tour was great and everyone really enjoyed it. Kira freaked out a little when they started slamming the cell doors but all in all it was a lot of fun and their girls still talk about it all the time. Afterwards walked down to Pier 39 for dinner and a quick peek at the seals. 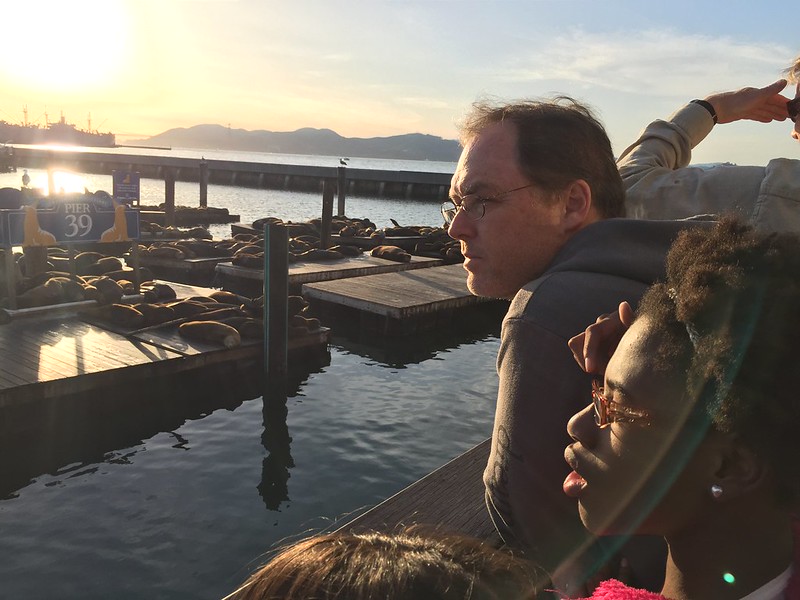 Friday night we had plans to head to San Jose to have dinner with my Salesforce buddy, Pat Patterson, and his family; they have two boys the same ages as the girls. The kids played, we ate bbq, drank craft beer and talked about work and kids. An awesome evening but a long drive!! 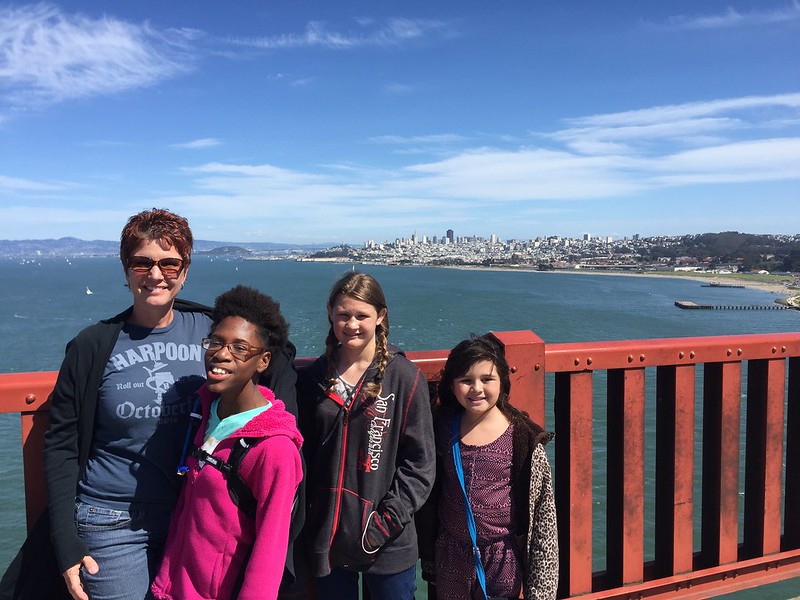 Saturday we got up late and headed down to the Golden Gate Bridge. Before walking the bridge we stopped off in Sausalito at Marin Brewing Company for lunch and a couple of craft beers. The food and beer was great and we enjoyed some time in the sun on their patio. It took us three passes over the bridge until we finally found a parking place! We walked to the other end of the bridge, had a snack and then back. It was a 3.4 mile journey both ways but the girls didn't seem to mind. We took some great photos along the way. 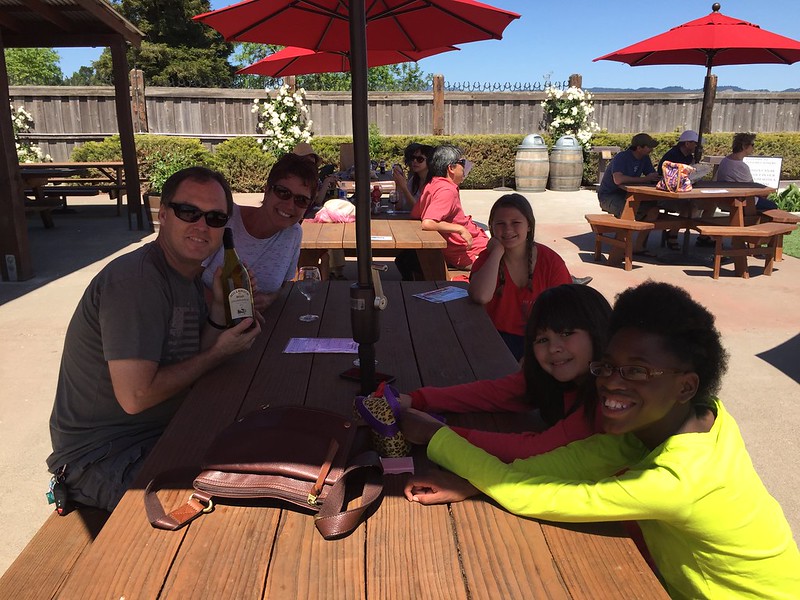 Sunday was wine day so we headed to Sonoma! We'd had some stuff shipped to my buddy Sal's house in Santa Rosa so that was another reason to head north for the day. We looked for family friendly wineries and our first stop was Larson Family Winery. A beautiful, relaxing place with picnic tables, cornhole and other games for the kids. Plus the weather was gorgeous! Our waitress was from Bradenton so we immediately became best friends and she rarely left our table. We spent more time there than we planned (we had such a great time!) so we decided to visit my favorite winery, Sunce, and then call it a day. We had tenative plans with Sal and his family for dinner. 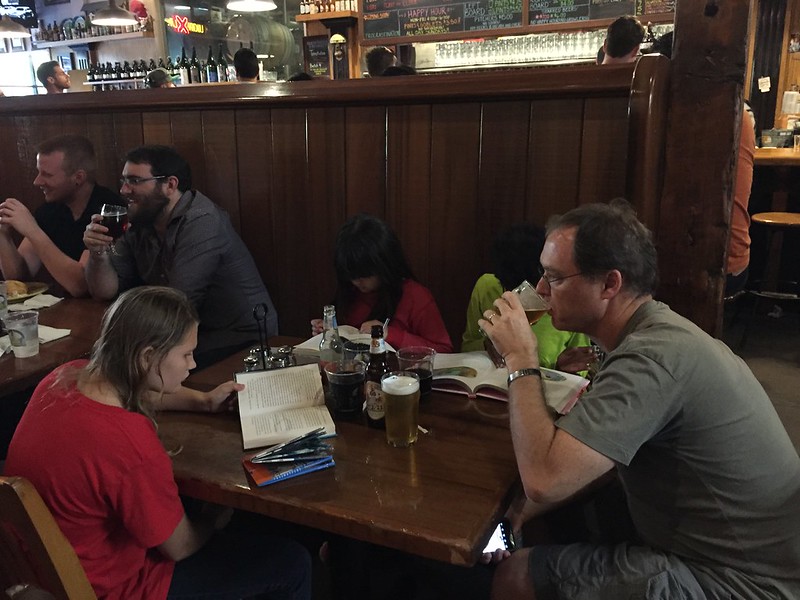 After Sunce we drove through Santa Rosa and came across Russian River Brewing Company, the mecca for craft beer. The wait wasn't long so I texted Sal to see if they wanted to join us. Unfortunately their plans had gone long and they couldn't it so we put our name on the list and then headed next door to buy the girls some new books. I wasn't as impressed with the brewery or beer as I had anticipated but perhaps my expectations were too high. All I hear about from my CA friends is how RRBC is the best ever, Pliny the Elder is the best IPA ever, blah, blah. It was really good but I'd been to better breweries with better beer. However, the girls had new books. I had some great craft beer. Everyone was happy. 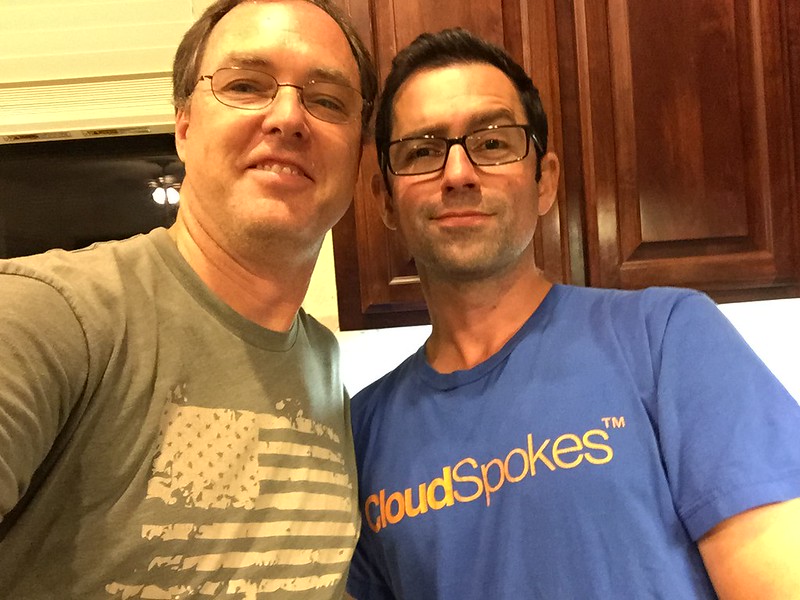 On our way home we stopped by Sal's house for a couple of hours to pick up our stuff (nerf bars for the truck and various stuff from the Appirio company store) and catch up. His wife was fantastic (she's an ER doctor) and we had a blast with them. We hated leaving.

The rest of our stay in San Francisco was uneventful. We had good intention to head into the city Monday and/or Tuesday but we just cound't muster the energy. After school and work we just didn't feel like doing anything, let along fighting traffic, and stayed around the house. Wednesday we packed up as usual and headed north to camp in the Giant Redwoods!